Pulte commits to finish building out of Wimbledon Falls 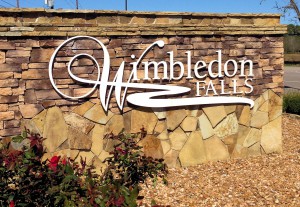 Now Pulte has decided to join those builders with a commitment to purchase and build upon the remaining 88 available home sites. Upon final build out the homes in Wimbledon Falls will total 314.  Pulte’s floor plans range in square footage from 1,860 to 3,527 with the base prices range from $172,990 to $256,990. Some of the key elements in Pulte’s floor plans are expanded entryways, mud rooms, open layouts, planning centers, and expanded garage space.

Wimbledon Falls used to be considered too far out from major road arteries and retail. But that is changing.  Kuykendahl has recently been expanded from 2 to 4 lanes and will connect to the future Grand Parkway providing greater mobility for the area.

Ground was recently broken for a new Flagship Kroger store directly across from Wimbledon Falls.  HEB has announced its plans to anchor the 100 acre Creekside Park Village center which will be just a few miles North of Wimbledon Falls.

Quality education available at Klein schools. Wimbledon Falls tax rate is 3.34% before the homestead exemption. The annual HOA for 2013 is $770.

Homes for sale in Wimbledon Falls