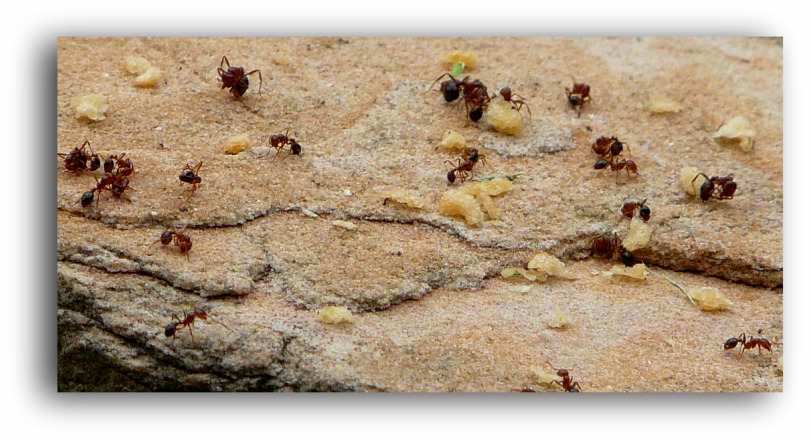 The annual battle between me and my arch enemy, the Fire Ants has begun.  To the winner of the battle goes control over my Spring Texas yard and to the loser goes either death or at least immense pain followed by swelling and severe itching.

Back in March I made my first move and applied Over n’ Out Fire Ant killer on my yard.  Today the Fire Ants retatilated with a vicious and unsuspecting attack.

There I was standing in my landscape bed neatly trimming the shrubbery when all of a sudden I felt a sharp, stinging pain on my foot, and then another and another and another.  I looked down and noticed I was surrounded by Fire Ants.

When I was minding my own business, the Fire Ants had snuck up on me. Either that or I unknowingly stepped on one of their mounds. Either way it was too late.  The Fire Ants had made their attack and it was a strong attack.

I quickly retreated into my house to treat my wounds.  On the kitchen floor I sat applying anti-itch first aid creme to my feet while watching them swell and cursing the bloody Fire Ants underneath my breath.

After I was able to regain my composure,  I sent my best man, Rick into battle to spot treat the scene of the attack. Today’s victory in battle goes to the Fire Ants as I will be favoring my wounds for a couple of days.  But the war is not over as there will be new battles to fight and with Fire Ant spot treatment in my arensal and a watchful eye I will be victorious.  I will win control of my Spring Texas yard.