Tips on navigating our local roads 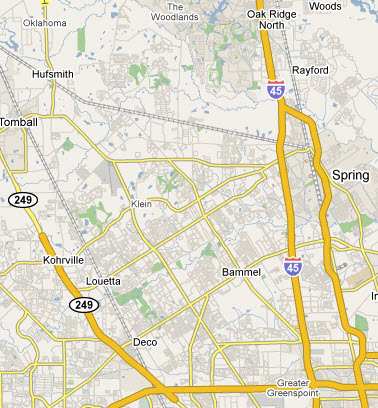 One of the toughest things about moving to a new area has to be figuring out how to get around.  A GPS can certainly help you find your way but there are some things that the GPS does not know.  These are the things that only the locals who travel the Spring Texas roads day in and day out know.

To help you find your way, I am going to share with you my tips on navigating our roads.  Hopefully they will make your transition to the Spring Texas area just a little easier.

3.  Avoid delays get an EZ Tag. Some day you will want to travel on one of the area toll roads.  Before that day arrives do yourself a favor and get an EZ Tag.  The EZ Tag gives you the power to go whizzing by while avoiding the long wait in line to pay the toll. Plus with the toll charge being less for EZ Tag users, the EZ Tag will save you time and money.

What’s the FM in FM 1960 and FM 2920 stand for?  The FM is an abbreviation for Farm-to-Market. These were the roads the farmers traveled to deliver their goods to market.

Click here or on the image of the map of Spring Texas for a closer look at our area roads.

Jill is personable, straight forward, focused and wise in the market.

Her marketing approach was thorough and... read moreSimply put, Jill is superlative.

Jill is personable, straight forward, focused and wise in the market.

Her marketing approach was thorough and comprehensive, her pre-market prep advice was honest, straight forward, and exactly spot on for the house to move quickly. Once listed, her no-nonsense approach meant that the house sold IN THREE DAYS, with minimal negotiation.