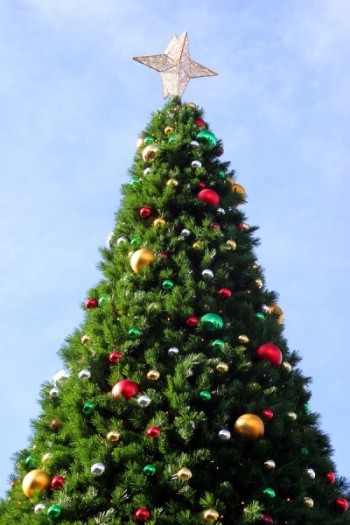 Local newspapers and television stations, Southern Living , FOX News, and the Travel Channel have all written stories about or done programs on the Christmas lights adorning the homes in Prestonwood Forest. This year HGTV may be added to the long list of media outlets that have produced segments on the Nite of Lites festival.

Just about every home in the Prestonwood Forest subdivision of 750 homes gets involved in the Nite of Lites event. With almost every block in the subdivision choosing a different holiday theme. One of the themes is based on “The Night Before Christmas” in which each home on the block displays a page of the story.

Judges hand out awards for the “Best House”, “Best Block”, “Runner-up Block”, “Best Mailbox”, “Best Door”,  “Best Lamp Post”, and a new category making its debut this year of “Best Culdesac”. The 2011 winners have been announced and each pin on the map represents an award winner. Start your tour of the Nite of Lites at where the gingerbread house is located on the map.  If you need a closer view of the location of Prestonwood Forest, just click on the map.

The 2011 Nite of Lites begins on Saturday, December 10th and continues through January 1st. The homes lights are on Monday – Thursday 6 pm to 10 pm and Friday  – Sunday 6 pm to 11 pm. The Northwest Houston subdivision of Prestonwood Forest is located just South of Cypresswood about 2 miles East of HWY 249.

The residents of Prestonwood Forest take their Nite of Lites event serious. So serious ….. that when a resident sells their home the Christmas decorations are included.